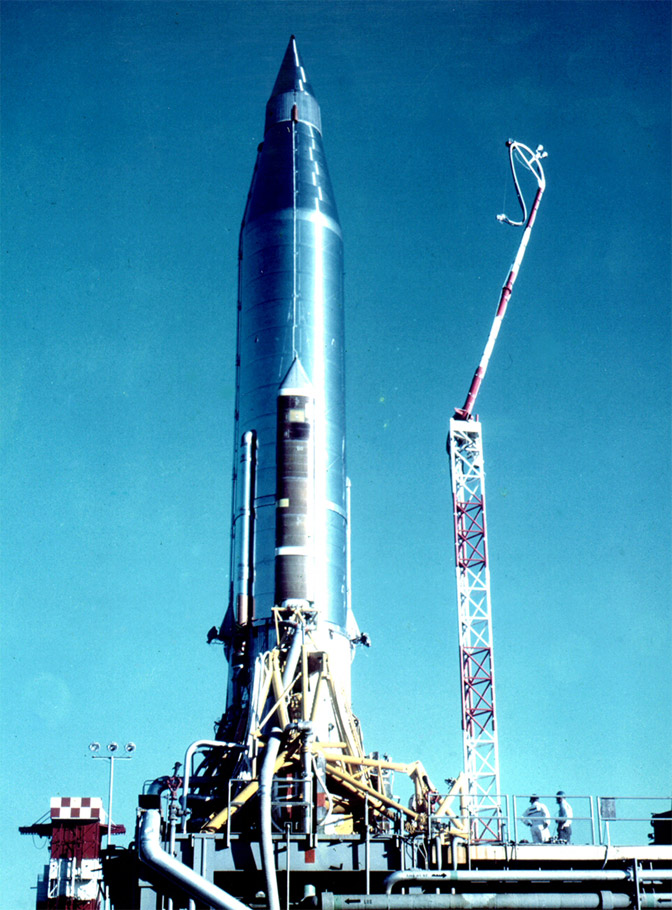 The SCORE project describes the name of the world's first communications satellite. With the help of a converted intercontinental missile, Score was sent into space by the USA in 1958. Within the first days of its journey, the satellite received voice messages from earth, which it recorded on tape and then sent it back. It also managed to send live broadcasts before it run out of power after 13 days. Few weeks later, the satellite vaporized during the re-entry into the Earth's atmosphere.