Hanoi is the capital city of Vietnam and means "city within rivers". Currently, the public transport is carried out entirely by busses but an underground train system is under construction. Special sights are the old town, the Hoan Kiem Lake, the citadel Thang Long as well as the Thăng Long Water Puppet Theatre. The Hoan Kiem Lake is also called Swart Lake, is about 700 meters long and the most famous Lake of Hanoi. The citadel has a total area of 140 hectare whereby the central part that covers 20 hectares, was declared to be a world heritage site by UNESCO in 2000. The Water Puppet Theatre exists only in Vietnam. In this staging the set consist of a water basin. The welcoming of the audience is carried out by a small orchestra which accompanies the entire piece. And the orchestra members lend their voices to the puppets. 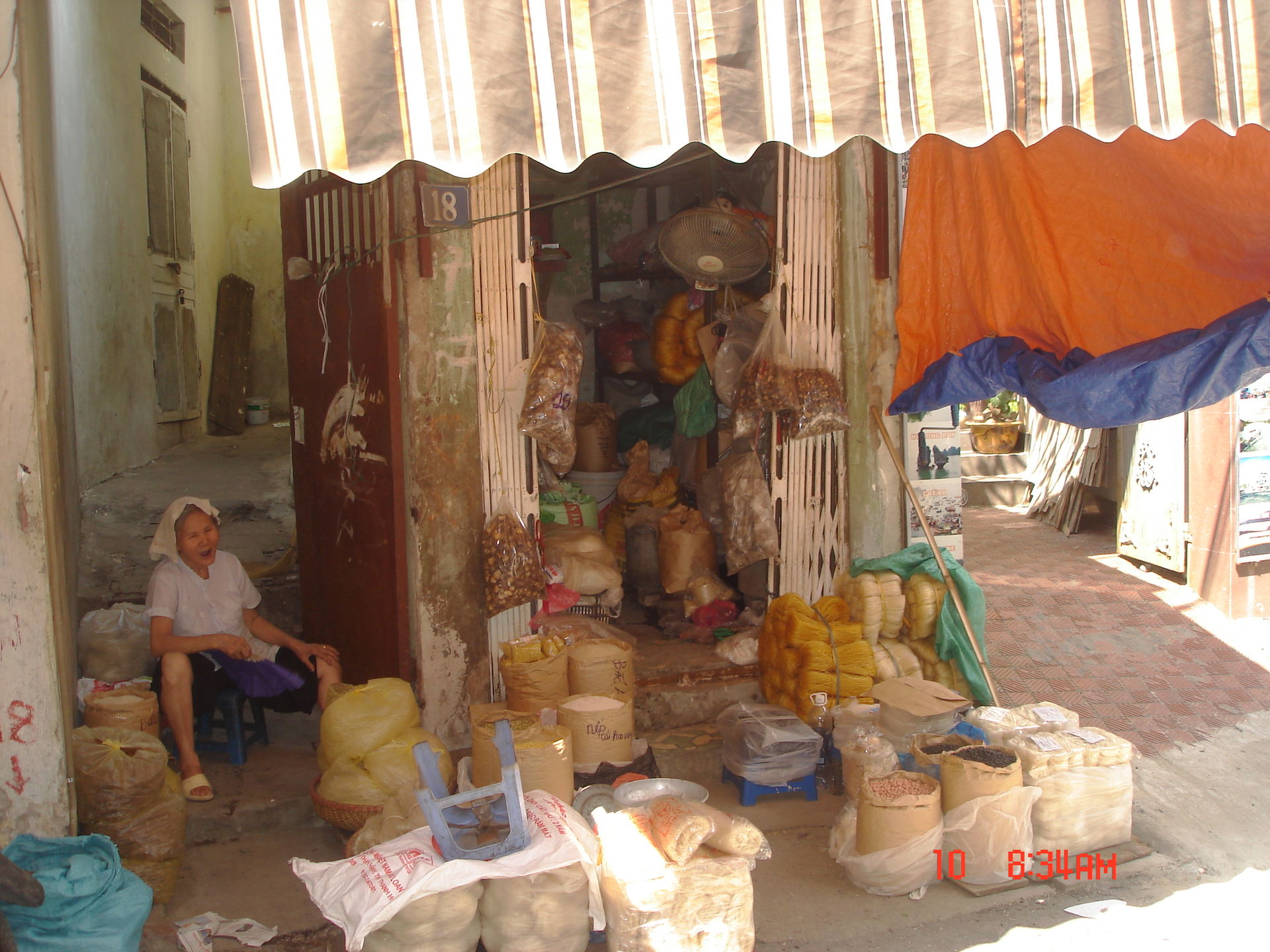 Market stall in the old town of Hanoi