Pamela Anderson became famous as the sexy mermaid in the "Baywatch" series with David Hasselhoff in the main character role. Her career began oddly in a football stadium where she was randomly filmed. Already back then she caused a sensation with her curves: she wore a tight-fitting shirt of the beer label "Labatt Blue". After the game, the TV channel received numerous calls and "Labatt Blue" offered her even an advertising deal. 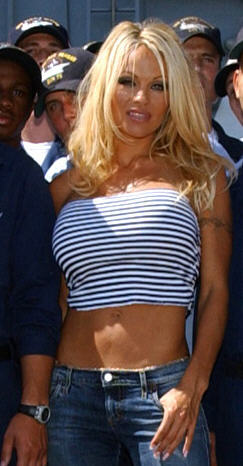