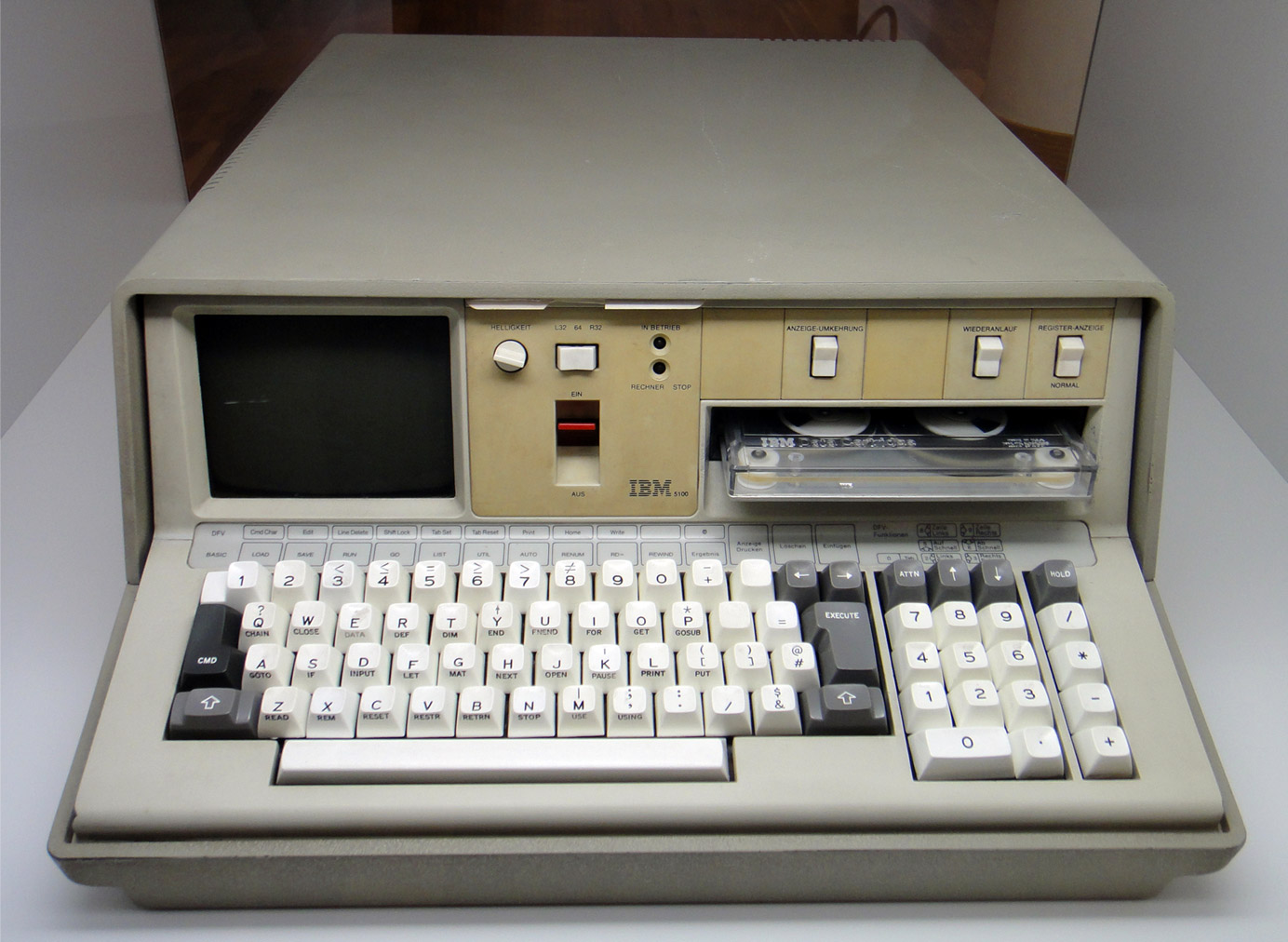 The IBM 5100 was developed in 1975 and is considered the first portable computer that appeared on the free market. The device weighs about 25kg, has a 5 inch screen, a cassette deck and depending on the equipment between 16kb and 64kb RAM memory. The costs for the IBM 5100 varied between 8.975 and 19.975 US dollars. Although the concept of the IBM 5100 was revolutionary, as it can be considered the first laptop in the IT history, the product range was a financial failure.