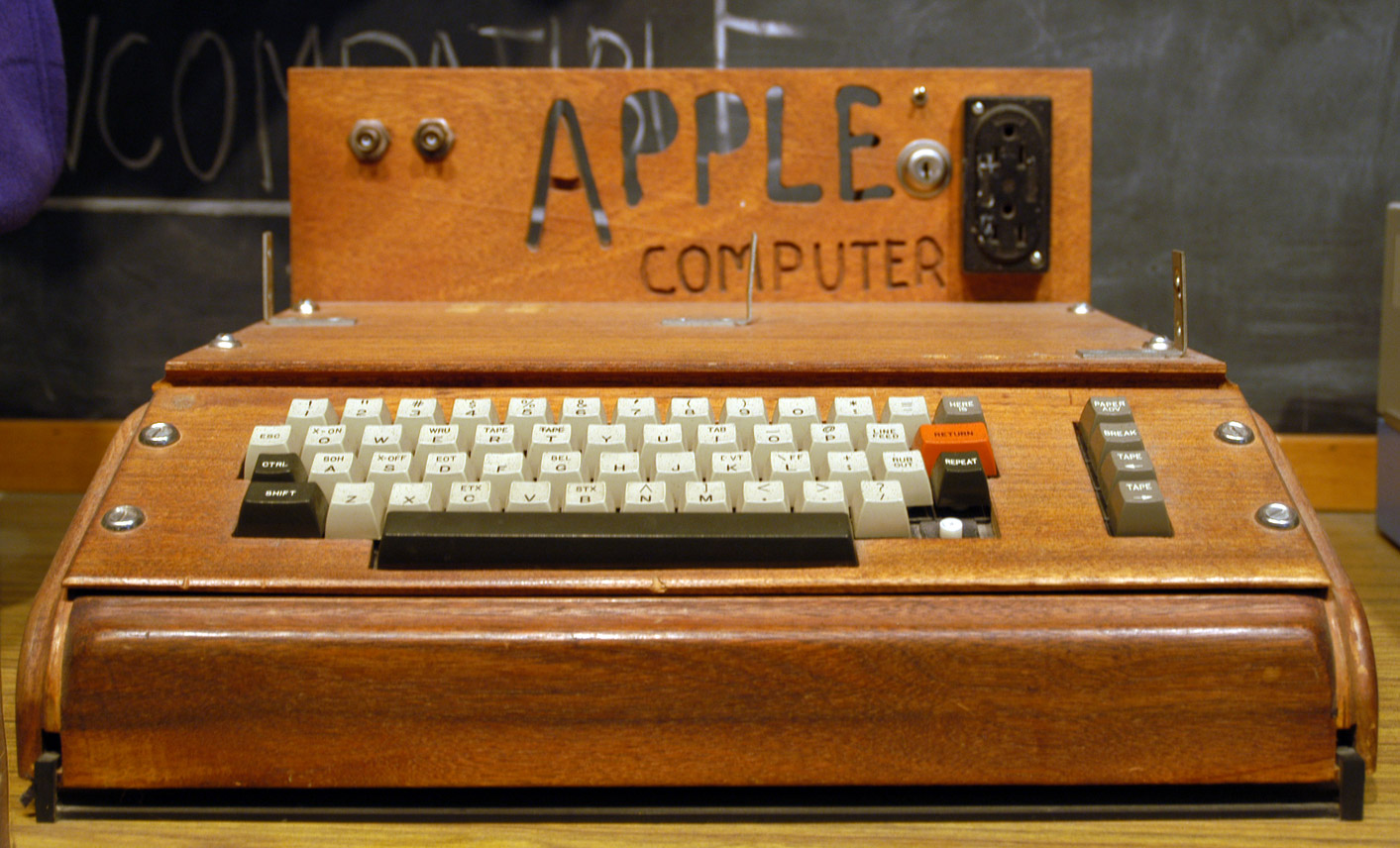 The Apple I was designed by Steve Wozniak and is the world's first PC manufactured in series. Between 1976 and 1977, more than 200 copies have been sold for the price of 666,66 US dollars per item. The Apple I has 4 KB of memory and a CPU that has 1,023 MHz. The computer is considered an absolute collectors item that is traded for several hundred thousand US dollar, as only 63 remaining devices have been confirmed to exist.